Barbershopper of the Year 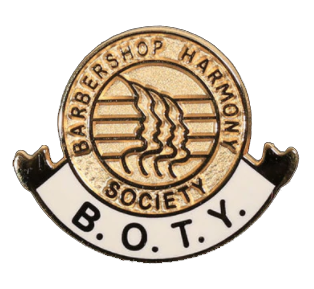 Every year, the Asheville Chapter recognizes the contributions of a member that were outstanding for the previous year.

The Barbershopper of the Year award, internally called the BOTY, is decided upon by previous recipients of the award.

We'd like to salute the most recent recipients of the award:

We also sometimes give out an Unsung Hero Award, to someone for their extraordinary contributions to the chapter.