The essence of barbershop harmony is four voices, each singing a separate part. The result is harmonic synergy, the marriage of the physics of sound with magic.

When you're ready – which we sometimes define as “10 minutes or so after walking through the door” – you're going to sing your part by yourself in harmony with just three others. Don't worry, it'll just be a snippet of something we will teach you.

After that, your life may change forever.

If you really get serious about it, you might want to find three other singers and organize a regular quartet. The chorus and the musical leadership will provide as much support as you need.

Below, our 2022 contestants at the Carolina's District Convention, in Walterboro, SC: Brooklin Kandy and Skyline! 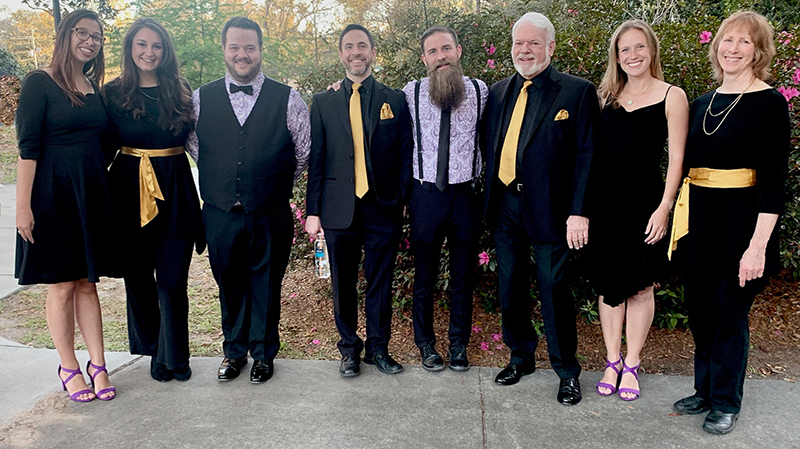 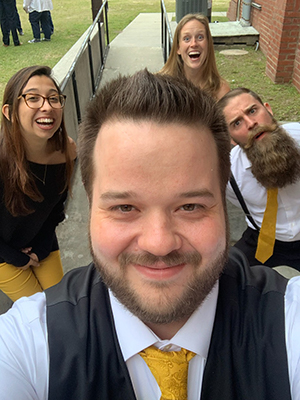 Brooklin Kandy made their contest debut in April, at the Carolinas' District event in south Carolina.

Skyline Quartet sings 4-part a capella harmony, with barbershop arrangements from a variety of music genres. Based in Asheville, NC, our musical backgrounds range from classical choral to musical theater to the international barbershop competition stage.

Tenor Taylor Gustaveson has sung in traditional mixed and women's choirs since elementary school, and a capella groups since college. She fell in love with barbershop when she was introduced to it just two years ago.
Justin Slack, our lead, has experience singing in a variety of styles including choral music, madrigals, vocal jazz and broadway. He has been a member of the Barbershop Harmony Society since 2006.
Randy Hagan, bass, is a lifelong musician, both instrumental and vocal. He has discovered that singing barbershop's four-part, close harmony a cappella style is the most fulfilling form of musical expression he's ever experienced.
Baritone CJ Wilson was unknowingly introduced to barbershop by her elementary school music teacher in Pennsylvania. She sang choral music and folk songs through high school and college. She re-discovered barbershop several years ago, and is hooked. 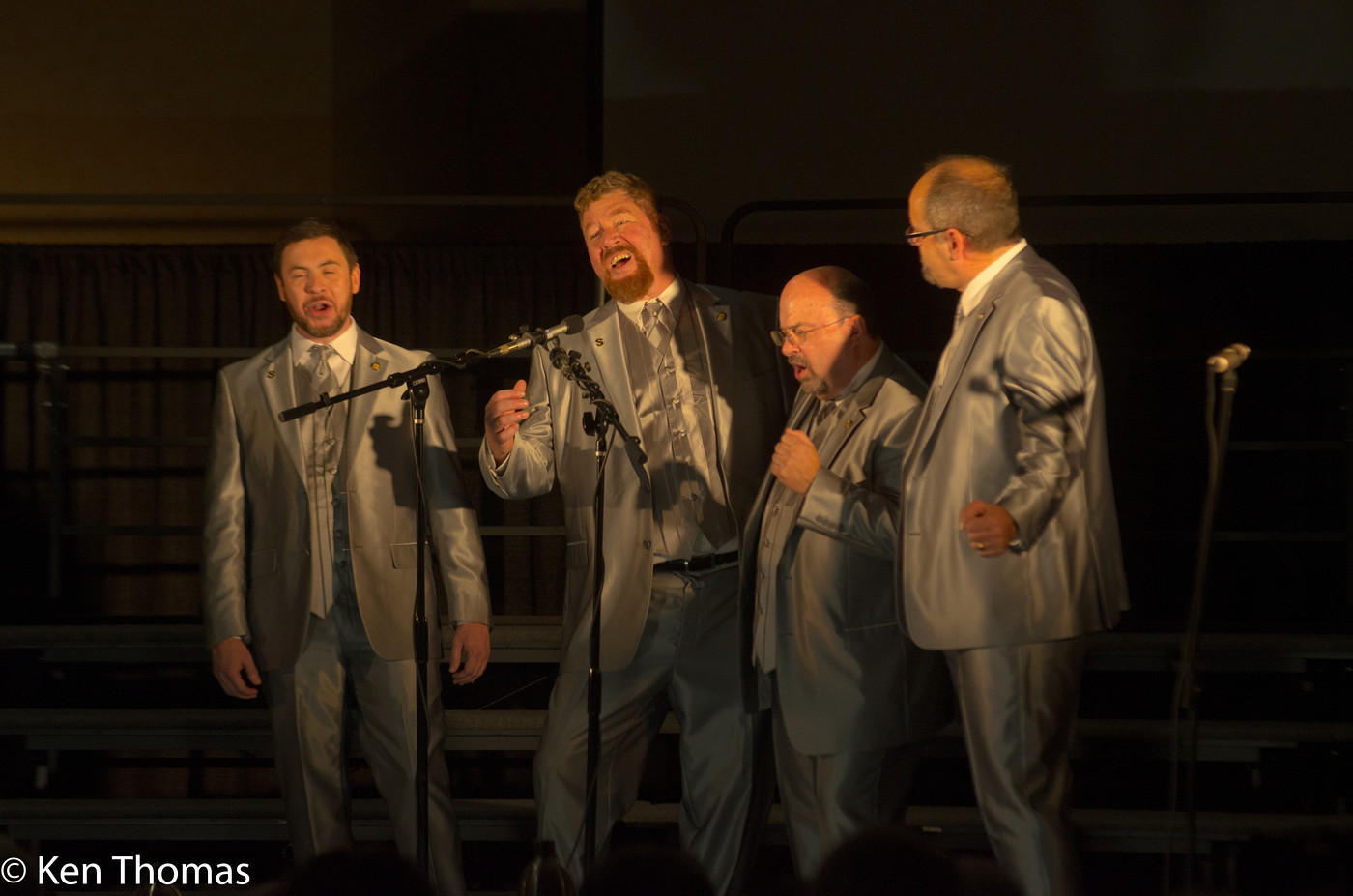 Supersonic has retired, due to a member's move. But while they were here....they presented a unique blend of a cappella music that transcends its roots in the four-part style known as barbershop harmony. In 2014, Supersonic was voted the “Most Entertaining Quartet” in the Carolinas District of the Barbershop Harmony Society. Then in 2015, Supersonic was named NSC District Champs! They regularly appear in concert and at farmer’s markets, flea markets, and anywhere else four guys can stand and sing to an appreciative audience. Its members have a diverse background in music and musical theater. Lead singer James Monday is an award-winning singer who is a Florida transplant and long-time barbershop quartet frontman. Tenor Justin Slack is an experienced musical theater performer, musical director, and director, who has appeared in such productions as “Avenue Q” and “The 25th Annual Putnam County Spelling Bee”. Justin also serves as assistant director of the Land of the Sky Chorus in Asheville. Kier Klepzig sings bass with Supersonic and also is involved in local theatrical productions, including “Urinetown” and “Breaking Up Is Hard To Do”. Baritone Kevin Kehres is a seasoned veteran who has performed around the US -- including 10 times at Carnegie Hall in New York City -- and in 9 countries. He also served as Musical Director of the Land of the Sky Chorus. 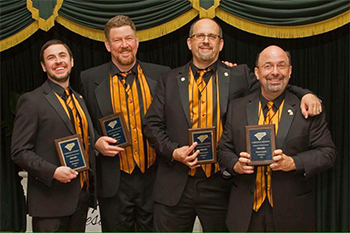